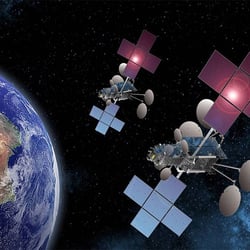 Rockets and satellites are risky business - a launch failure (i.e. an explosion) would be an expensive and major setback for the NBN (despite a $50 million insurance policy price tag). Satellites take years to build; launch windows are expensive and rare. Fortunately, it was a text book launch and all systems are GO!

The massive $500 million, 6-tonne satellite promises speeds of up to 25MBps to users across the country who can't access other forms of broadband. There is some debate as to whether those speeds will actually be achieved, especially in peak usage periods. I have lived in regional Australia and welcome any improvement on the diabolically slow speeds of the current satellite services, which are often less than a dial up connection. 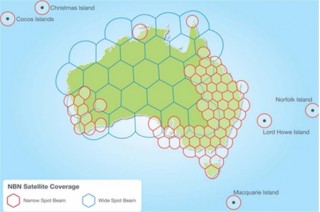 The good news is that the price point for services will be the same as what city folks pay for their broadband: about $70 a month.

There are still some risks:

Our politicitians love talking about EduTech and e-learning as a big use case for the NBN. I can't help but agree. Certainly, r egistered training organisations stand to benefit with the potential to offer online learning courses via an e-learning strategy to another 400,000 new customers.


That said, if you don't already have online learning systems in place then its time get started!

Rumble in the Amazon Jungle

How does your registered training organisation plan to use the new Sky Muster Satellite? Comment below!

Ben is the CEO & Co-Founder of Wisenet. The self-professed Troubleshooter is passionate about human rights, education, and science and technology. Besides whipping up delicious meals that create food envy, Ben enjoys extracting real business value from new and disruptive technology, and his current work at Wisenet revolves around creating products and services that remove operational complexities. He is currently based in Singapore.

Why Wisenet's Student Management System is so highly ranked

Wisenet is a highly rated student management system for a number of reasons. We dig deeper into them in this blog post. Read it ...
Start Reading
Taryn Champion Dec 2, 2021 12:00:00 AM 1 min read

G2 platform released its Winter 2022 reports late last year, and we couldn’t be more proud! For the first time, Wisenet has ...
Start Reading